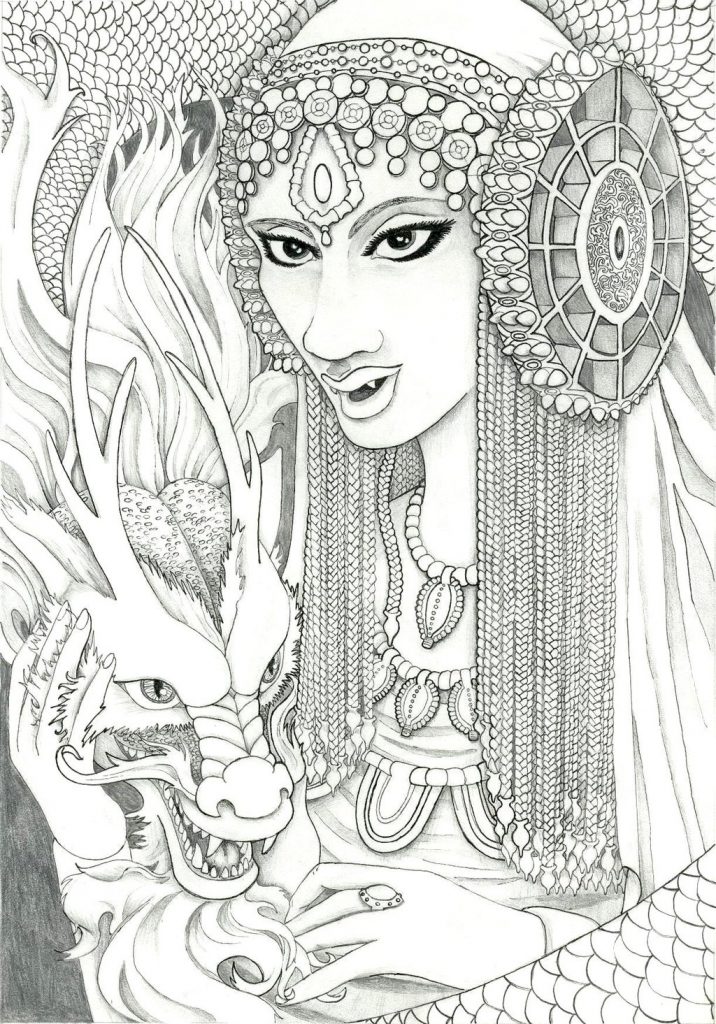 This is a character design for a vampire woman named Eon who will appear in my novel. Although the novel takes place in the modern day, I wanted to envision her in ancient times.

Eon is a saharan African woman who in very ancient times migrated from modern day Morocco to southern Spain across a land­bridge that existed before the bering straight flooded, before the Mediterranean connected to the Atlantic. Thus Eon is dressed as an Iberian woman. Iberia is modern day Spain. Her clothing and head dress is based off a famous bust, discovered by archeologists in that region. The famous bust is called The Lady of Elche. Tomado de: https://www.deviantart.com/trisent/art/Eon-Iberian-Vampire-Shaman-764119083